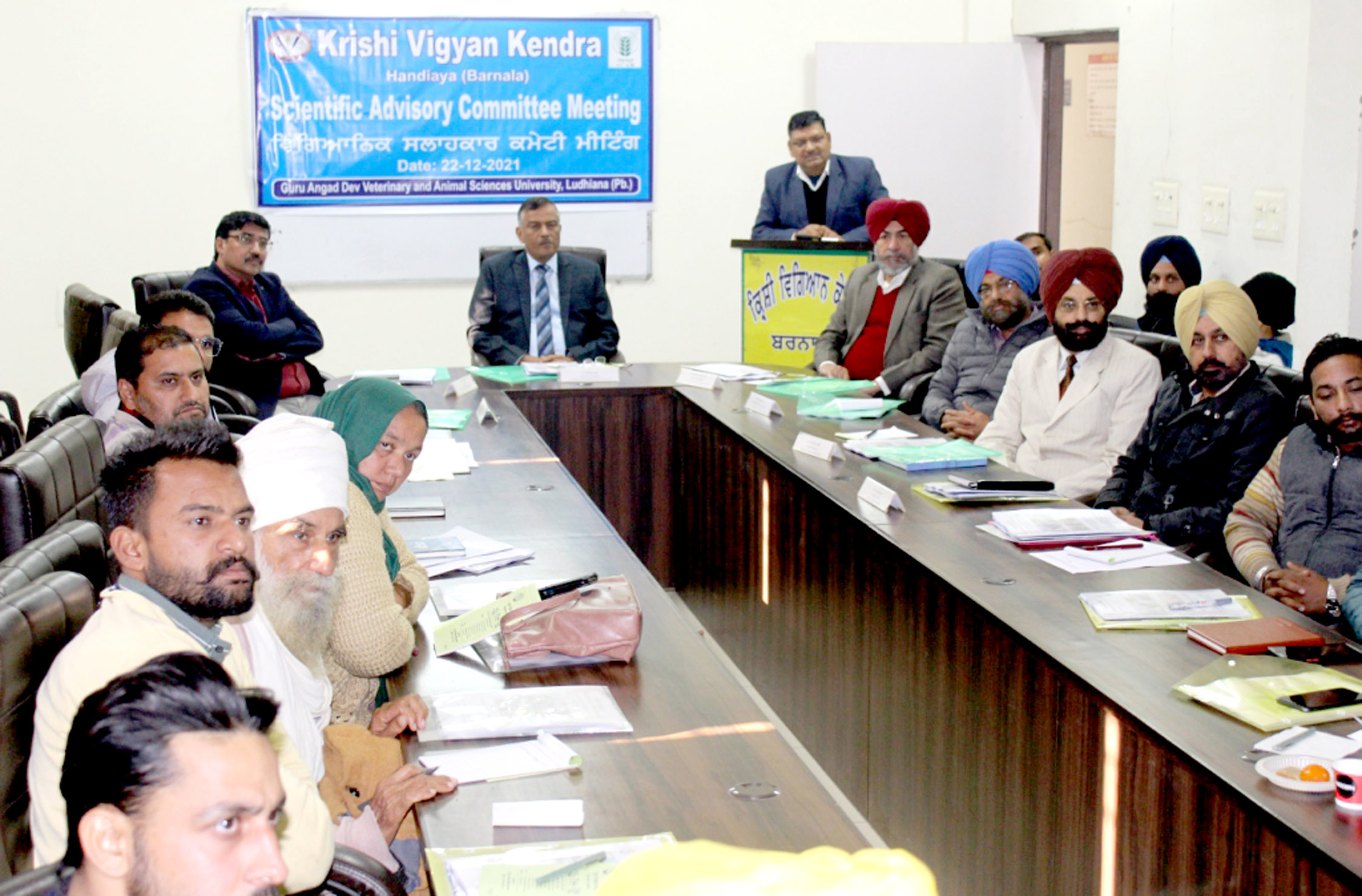 st effective and water saving technologies related to Agriculture, Horticulture and guided to adopt a village for Animal Husbandry activities and  suggested to make it mastitis, ticks and brucellosis free. He also suggested to increase the fish farming in the District and said it is more remunerative to the farmers and a good food for the human beings also. He also suggested to establish a sub surface irrigation system, nutritional garden and nursery of fruit plants (Ber) at KVK to demonstrate the technologies for the farmers of Barnala District.  He said that backyard poultry farming is a good source of nutrition and income booster for marginalised farmers. He emphasized for development of fish cum pig farming system as a model at KVK and also guided to start LN2 and Semen centre at KVK. All type of semen from GADVASU will be available in this centre for breed improvement in the area.  Button mushroom compost was also

distributed under ARYA project to the trainees as start up kit by Vice- Chancellor.

In this meeting Dr. Rajbir Singh, Director, ICAR-ATARI Zone-I, Ludhiana  emphasized to tackle the problem of Phalaris minor in wheat crop at farmers field in the district with collaboration of PAU. He also suggested to grow ground nut crop at KVK farm to popularize in the District.  Dr. Rajbir Singh suggested to make the videos of successful farmers of the district and upload in YouTube channel of KVK for technological adoption. Dr. Jaspal Singh Lamba. Dr. Ranjeet Singh and officer of line Departments and progressive farmer gave their valuable suggestions for framing the action plan 2022 more effectively.